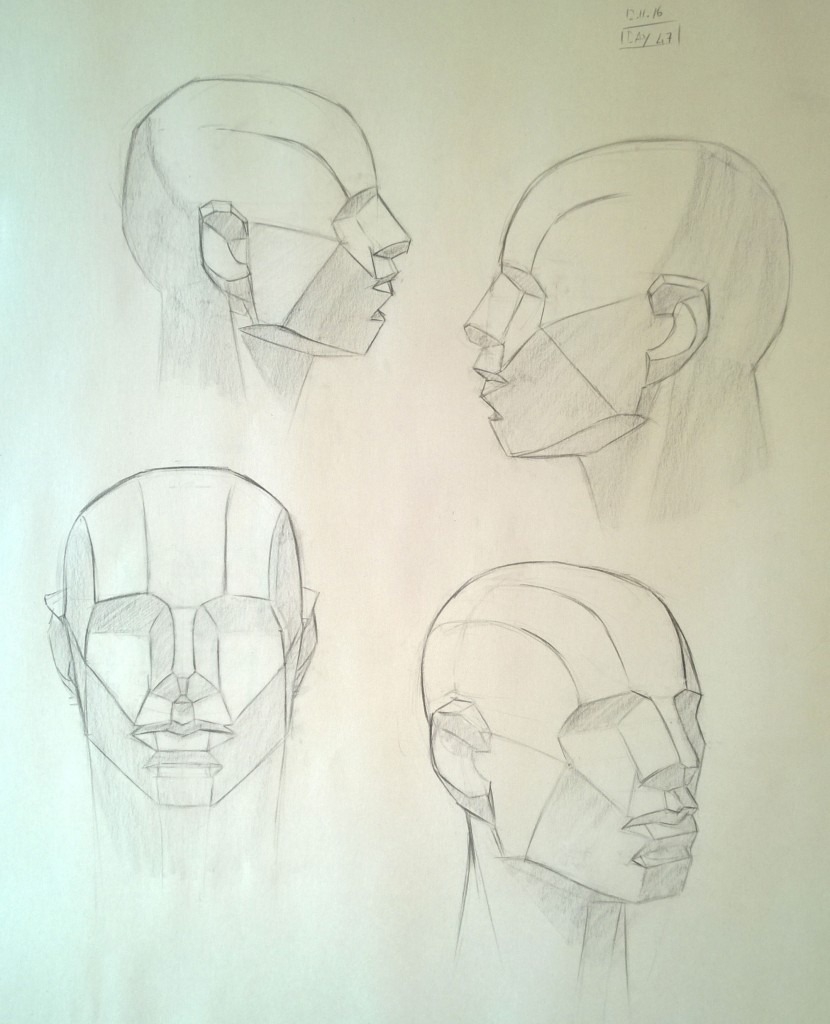 Working on heads at the Watts Atelier! I have done at least 2-3 dozens of these heads, and by now I believe I memorized them enough to draw them without having the reference.
I found it quite challenging actually, because of the lack of enough landmarks in the first place, but also because the head is not exactly following the rule of thirds (the muzzle part is a little taller than it should).
Overall I am pretty satisfied with it. I will spare you the first embarassing ones 😀 These are the last. Moving onto the Reilly Head Abstraction now!