Got a bigger canvas, which unfortunately was not stretched decently enough to try out a big painting. I didn’t want to trash it of course, so I took a chance and made a couple of other small wet-on-wet sketches. I had a reference image for the first 2, while other ones are totally from imagination (and I guess it’s noticeable!). Also, the new canvas (first 3 pictures) has a really nasty tooth which I don’t like at all. 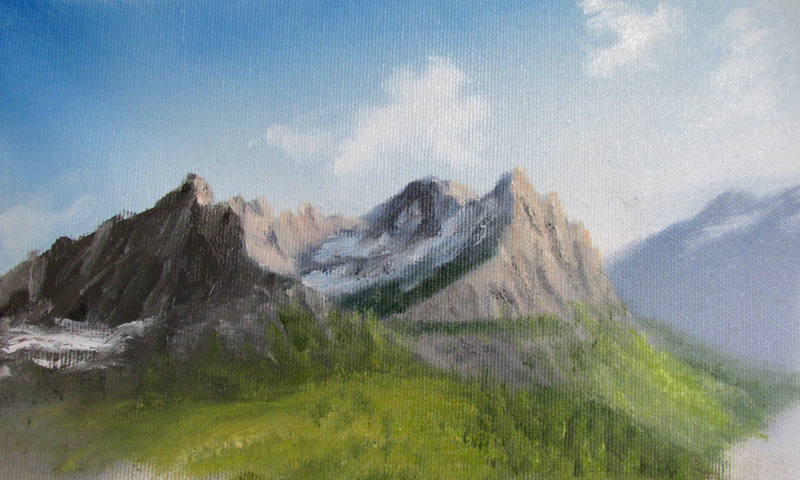 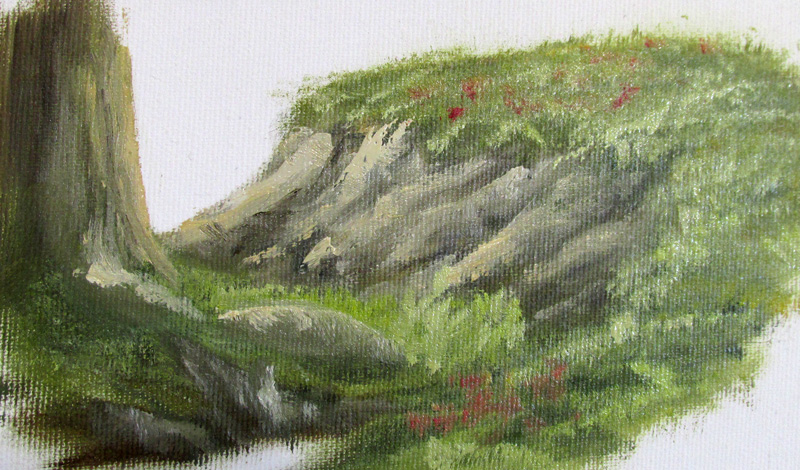 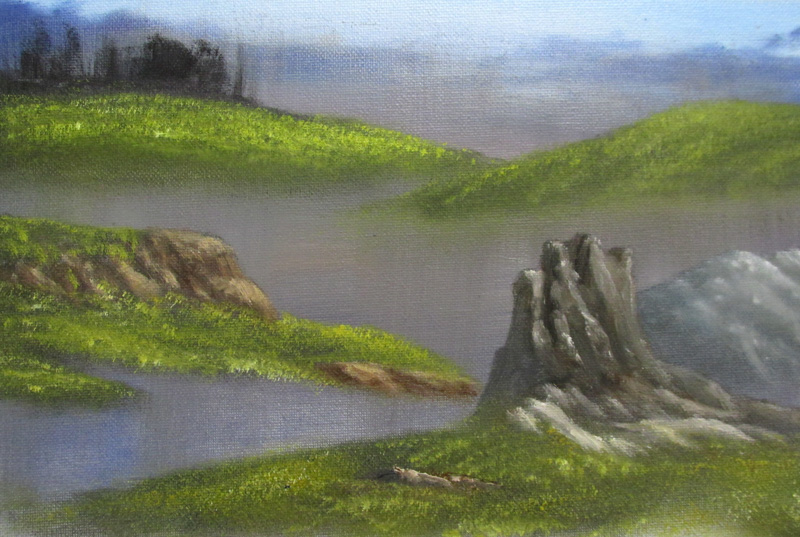 Also, Nickel Azo Yellow seems to be mixing a bit better with ultramarine (last one), while lemon yellow appears to be too weak, losing its tinting properties when mixed with white (first and third). 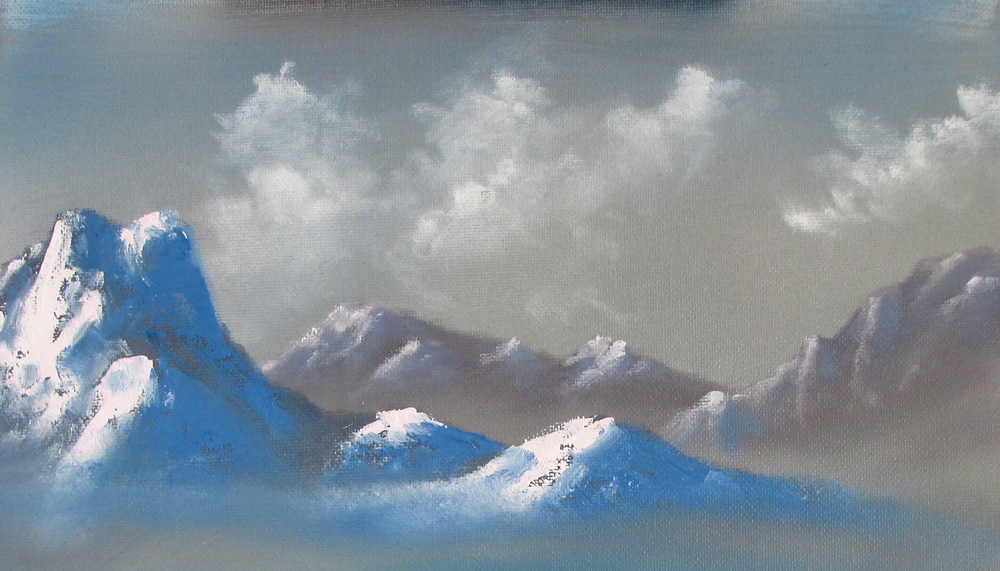 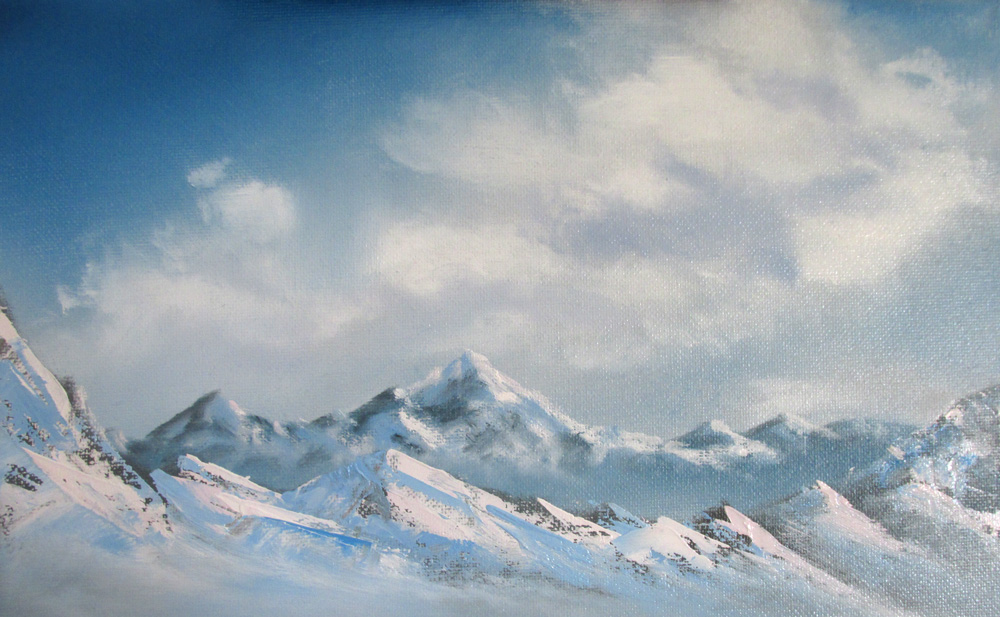 I’ve been recently tried to wrap up what I know about oils… and ended up realizing I can’t reasonably dive into Bob Ross’s wet-on-wet technique without having, at least, explored the medium’s capabilities a bit more in depth. Therefore, I decided to challenge myself in the traditional (somehow :D) oil painting technique, layer after layer, week after week. Here is where I got.  The first image is just the base sketch on a toned ground, shaded ever so slightly to give it a defined shape: 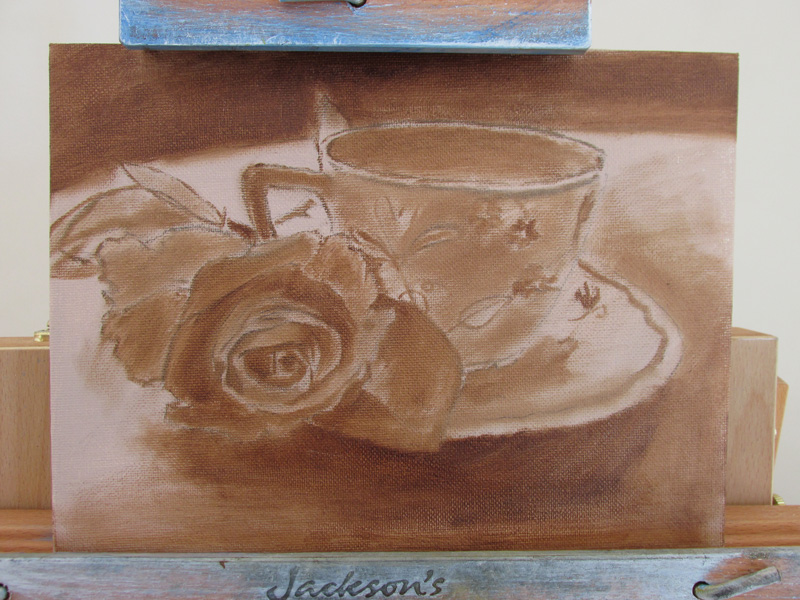 Then, the main values’ underpainting, Burnt Umber (which I also used for the sketch above) and Titanium White only 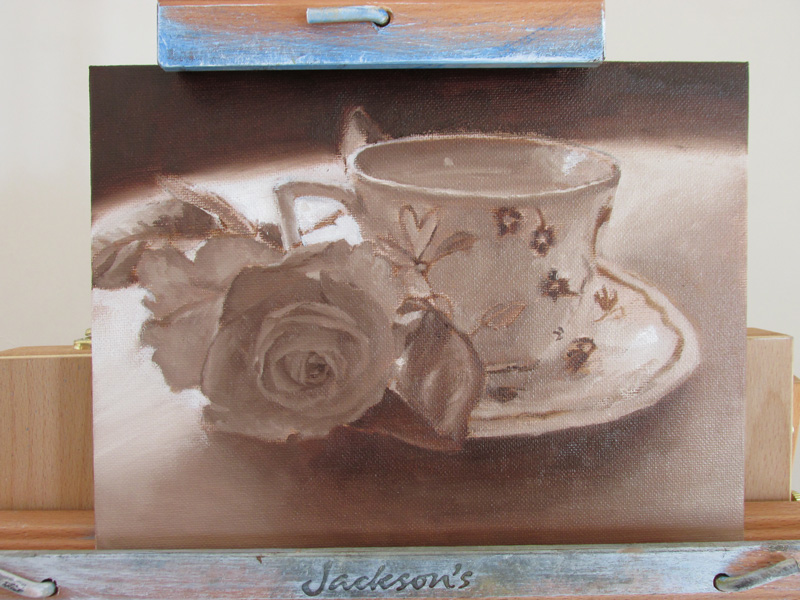 I’m particularly happy with the rose, so far. Of course, I hope I won’t mess it all up with color!
Geez, this is going to be long 😀