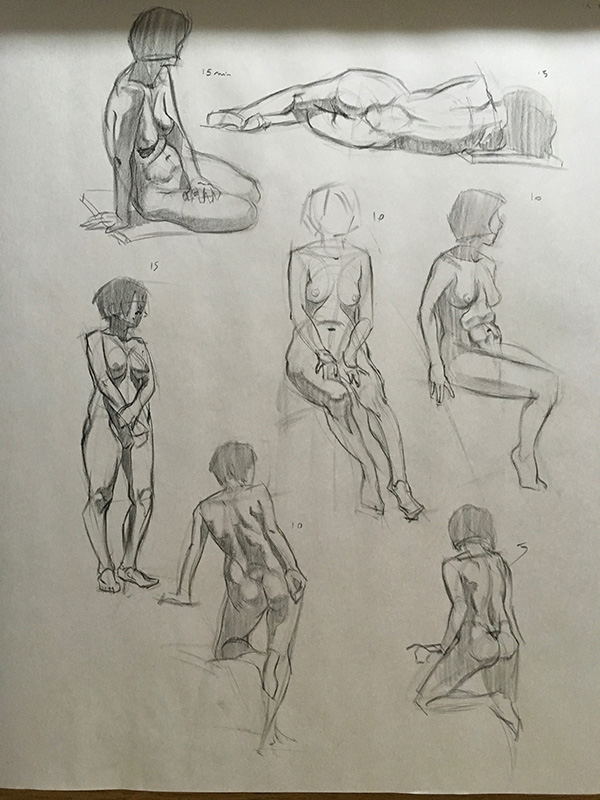 A series of quick sketches from the last life drawing session.
After the model kept insisting on the absolutely irrelevant poses (like the middle one, on the left) I decided it was time to (kindly) ask her to do something a little more dynamic, and she grabbed a chair. Next will be having a better lighting! Getting there little by little. 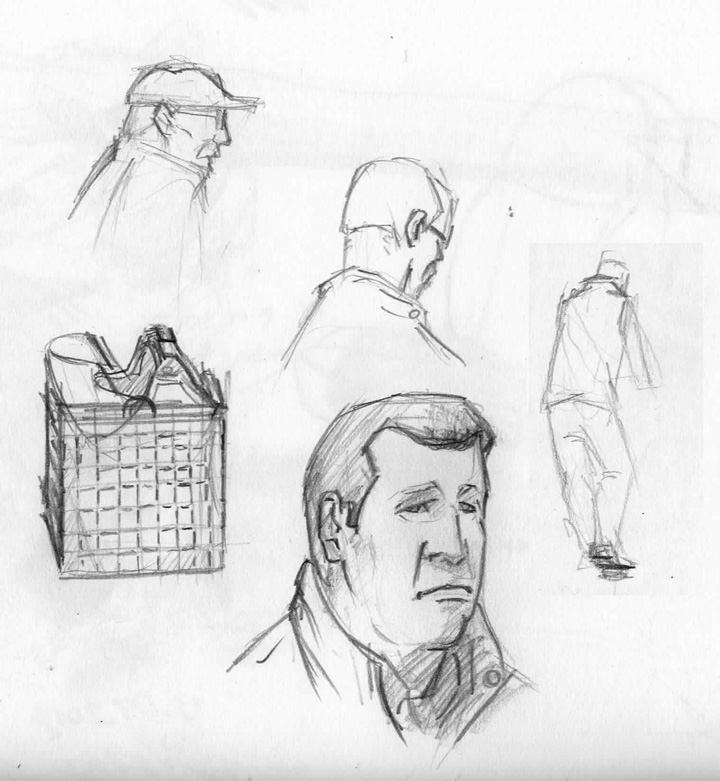 There are always plenty of folks in my town’s square on Sunday, as we have a pretty big local market. I went out sketching again today, and sat down right in front of an ice cream (gelato, in italian) truck, which I tried capturing on the sheet. I couldn’t finish it as I had to get back for lunch, but I’m quite happy with the result, nonetheless. 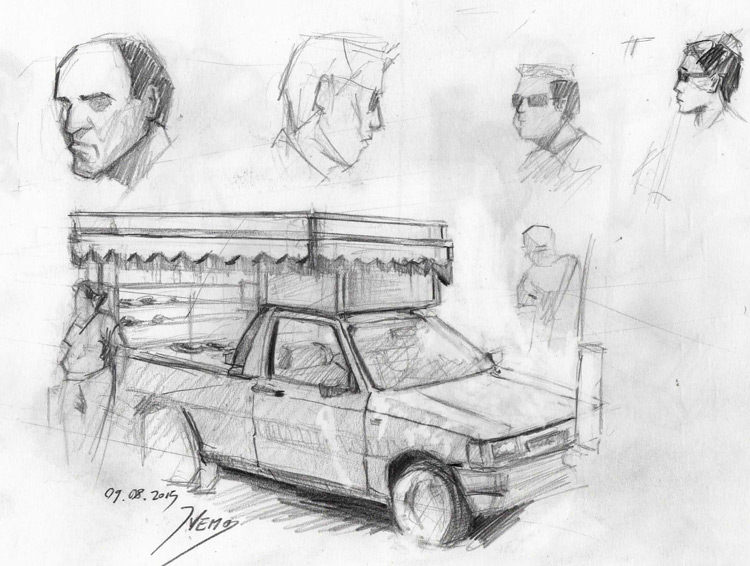 The guy at the very top left was kind of happily eating his sandwich, sitting at a cafe. I couldn’t get its funny expression sadly, I think he didn’t have more than 1-2 teethe left in his mouth, while the guy opposite (with the full mouth, second from the right) was assaulting his cake, totally ignoring his wife’s complaints. 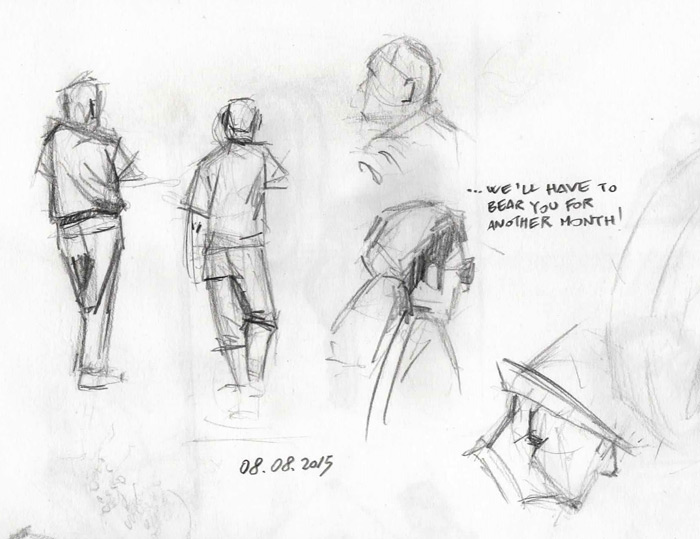 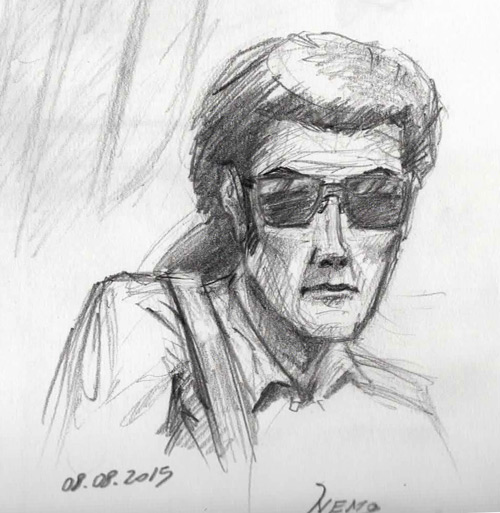 While I am still trying to figure out a decent (!) article on Gamut Mapping, I’ve started sketching a few dinosaurs from various videos and images. If you’re interested in them, you should definitely check out Discovery Dinosaurs on Youtube.
Anyway, I’ve been willing to explore the subject more in depth, having been a big fan of James Gurney, the almighty creator of Dinotopia.

I think his creative approach should be an example to any (wannabe) artist.

Here are my sketches anyway, just simple studies to get the feeling of the creatures. 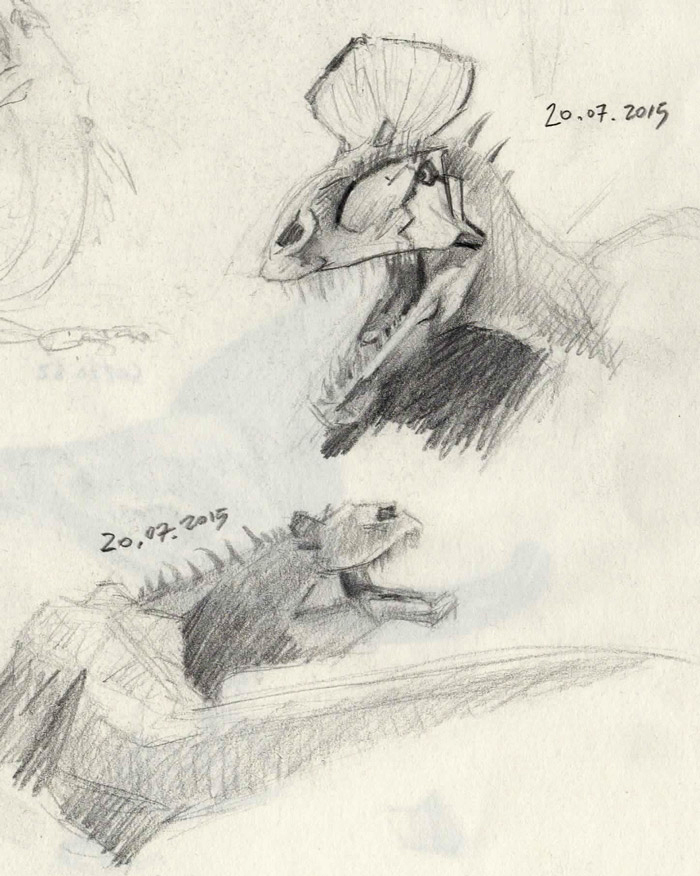 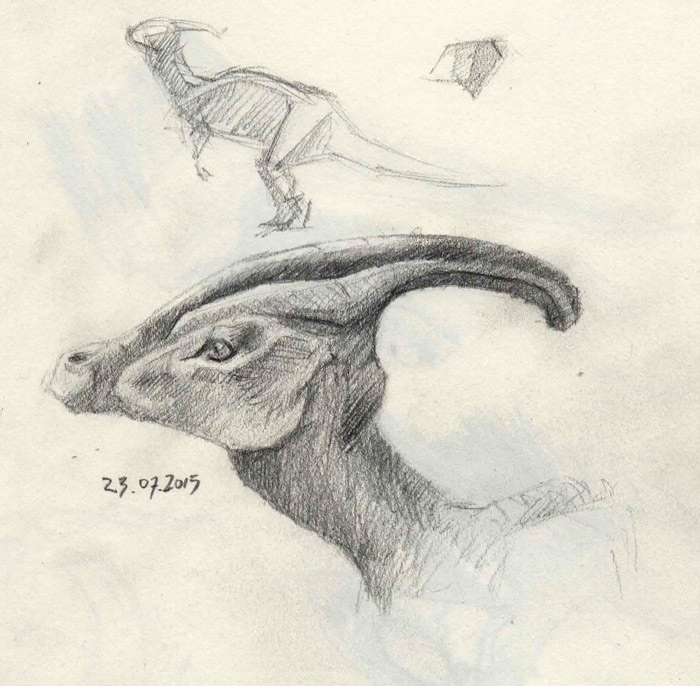 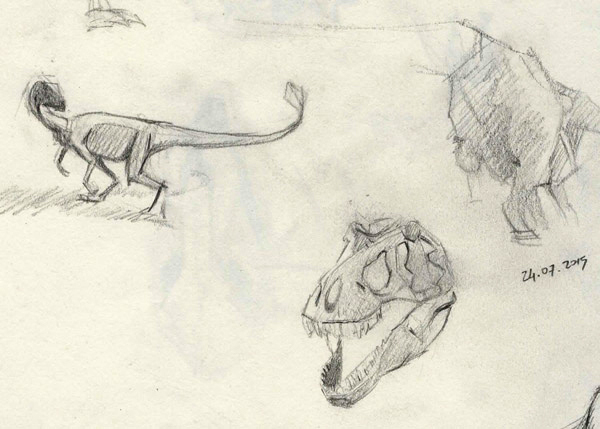 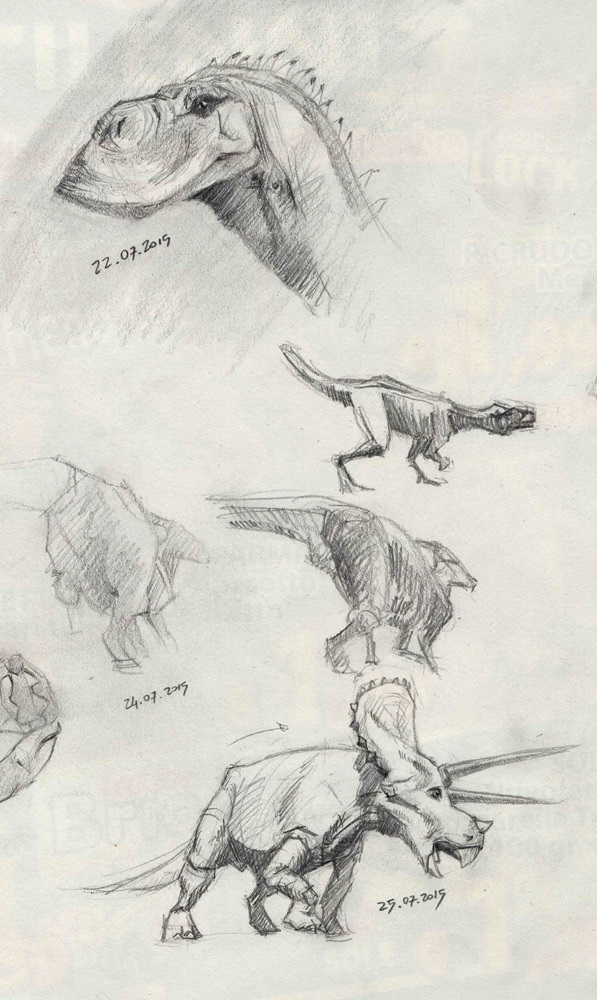 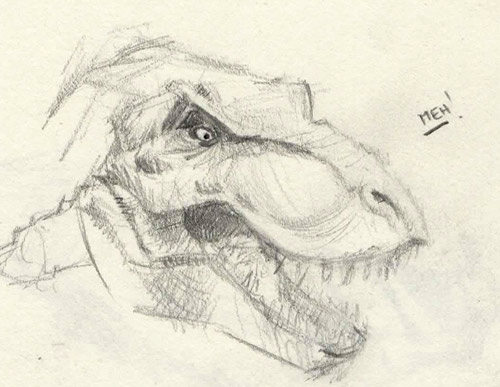 p.s. yeah I did write the idiot text on the T-rex. It totally looked like a MEH face.

I haven’t had much time to come up with something decent, recently, so I thought I could go back to the basics, and do some quick sketches without reference grid. They are more or less 30-40 minutes each, using references found on the invaluable Reference Image Library of WetCanvas 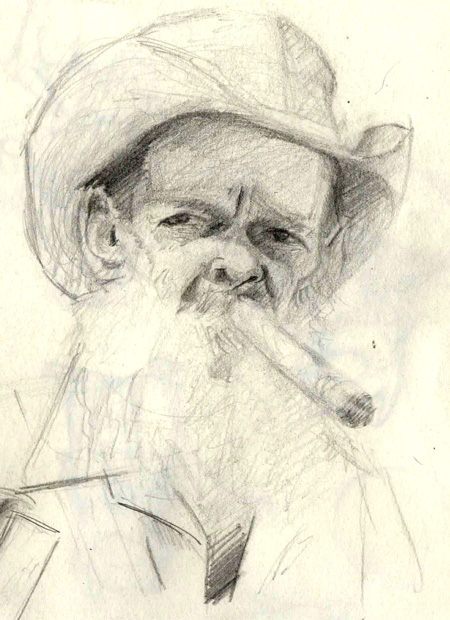 A few days ago I got terribly inspired by a video I saw on the Art Tutor Facebook page (this one: Make Your Own Watercolor Christmas Cards – 2014) and I decided to take on the challenge of painting robins myself! I used some reference photos I found on Pinterest (here: http://www.pinterest.com/easeljourneys/inspirational/) and drew a couple of quick sketches of the birds. Then, I traced them using vellum, exactly as shown in the Art Tutor video, covered the back with a soft pencil, and traced them down to watercolor paper (140lbs Bockingford NOT). Here are the paintings, followed by the sketches: 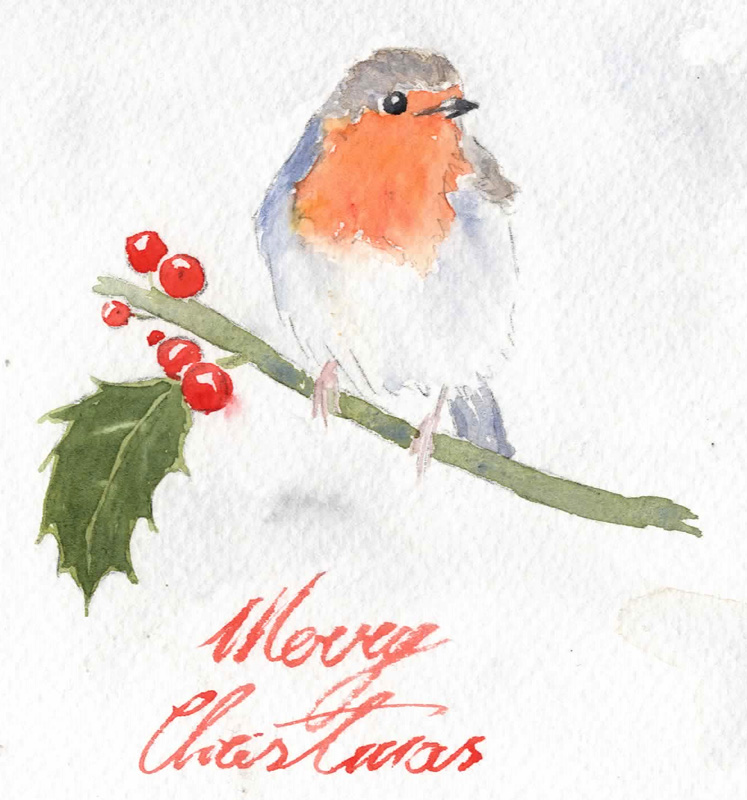 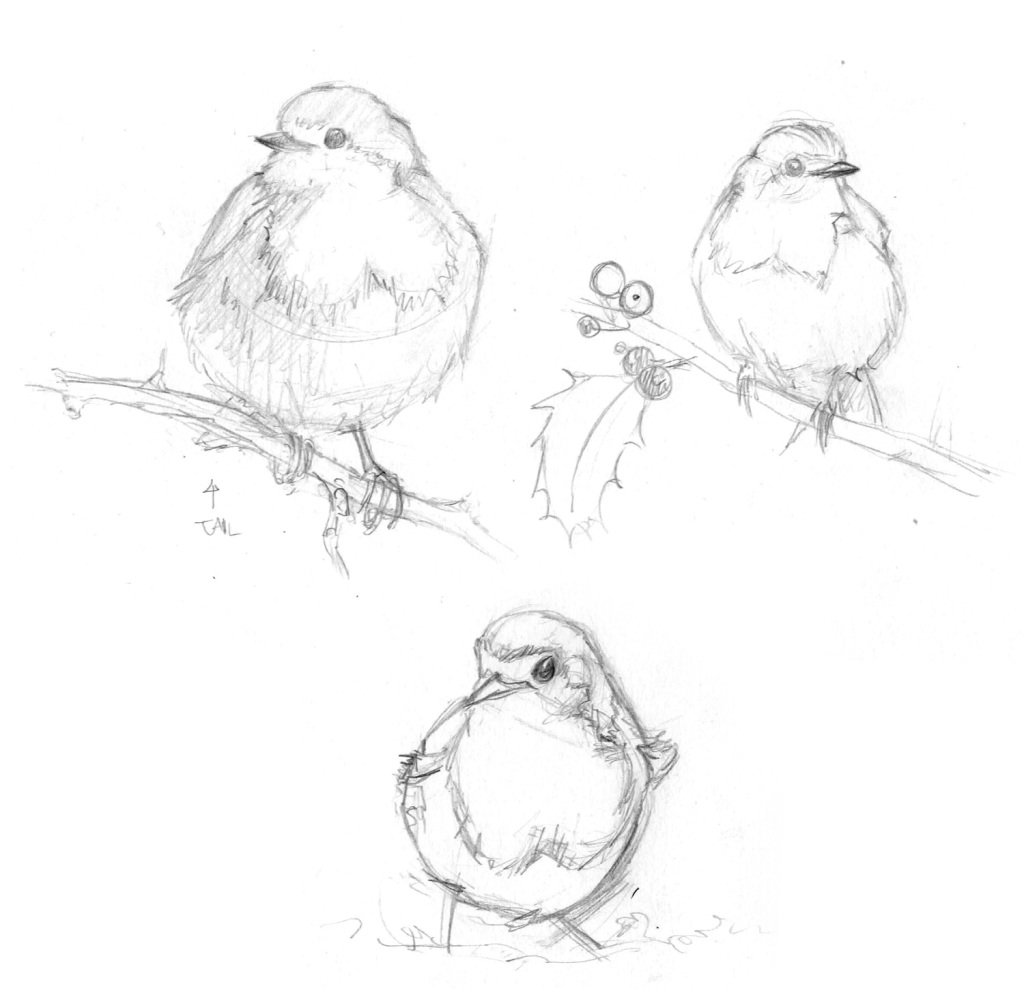 I didn’t use the last sketch yet, nor the other reference image I have (which is quite inspiring, I have to say). So I believe I’ll come up with something else very soon. As for the palette, I used a mix of Rose Madder and Lemon Yellow for the orange of the breast, then Ultramarine plus Burnt Sienna for the various gray/blue/brown colors, varying proportions to get the different tones. For the black, once more the same two colors but with as little water as I could.

It was definitely funny, have a go yourself! Feel free to use my sketches as references for your own cards! And thanks again to Siân Dudley for the inspiring video!